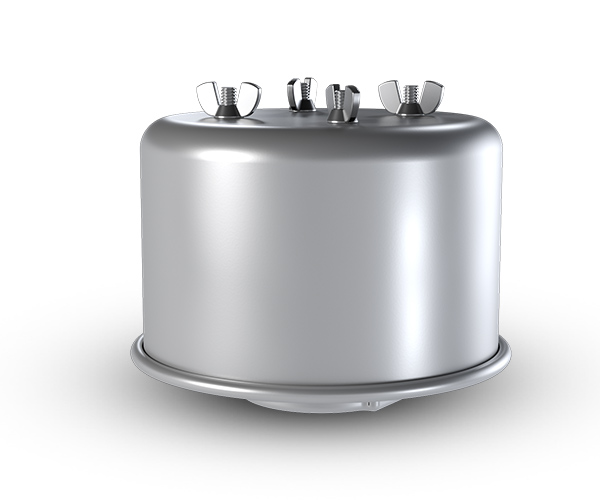 Protectoseal Series No. 670 / 6670 End-of-Line Deflagration Flame Arrester is installed where it is not necessary to conserve vapors but where low flash point liquids must be protected against fire and explosion from exterior sources of ignition. The flame arrester is mounted on the end of a vent pipe from the tank. Vapors are allowed to escape into the atmosphere and air can be drawn into the tank through the specially designed flame arrester grid assembly. If an ignition source outside the tank (unconfined deflagration) is encountered, the flame arrester provides protection for the tank’s vapor space.

“We worked with the technical expert at Protectoseal on the design of the pressure protection and control systems for the reactors, vessels and tanks in the new plant. I was very impressed with their technical knowledge of the applicable codes, the products and the way they worked with us to make sure that our specific processes, materials and operating situations were fully understood.”