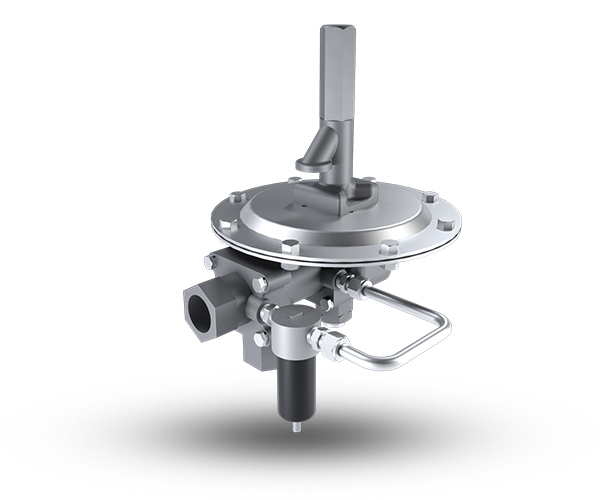 Protectoseal Series 20, 1” Pilot Operated Tank Blanketing Valve is designed to regulate the flow of a blanketing gas (usually Nitrogen) into the vapor space of a flammable liquids storage tank. The valve senses the pressure in the vapor space and opens fully when the tank pressure equals the valve’s set point to allow a flow of gas into the tank. When tank pressure returns to near the valve’s set point the flow of gas is stopped. Each unit consists of a main valve which controls the flow of inert gas into the tank, and the pilot valve which accurately senses the tank’s pressure and controls the opening and closing of the main valve.

“We worked with the technical expert at Protectoseal on the design of the pressure protection and control systems for the reactors, vessels and tanks in the new plant. I was very impressed with their technical knowledge of the applicable codes, the products and the way they worked with us to make sure that our specific processes, materials and operating situations were fully understood.”